Sunglasses can be used to prevent bright sunlight from discomforting and injuring the eyes. A majority of the sunglasses sold worldwide are non-corrective (plano) glasses, but it is also possible to have sunglasses made according to your eyeglass prescription. 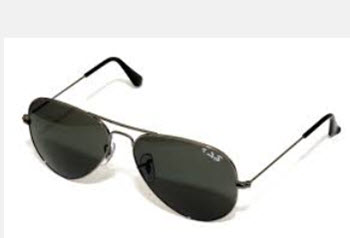 Glass lenses tend to have better optical clarity than plastic lenses, and also be more resilient to scratches. A major downside is that glass weighs more and can shatter on impact.

Polycarbonate plastic lenses are famous for their low weight and for being almost shatterproof. Another low-weight alternative is CR-39, a plastic polymer originally used to produce reinforced plastic fuel tanks for the B-17 bomber aircraft. The first CR-39 eyeglass lens was created in 1947 when the war was over.

The above mentioned SR-91 is a non-polycarbonate material introduced by the luxury performance eyewear brand Kaenon in 2001. It has a lot of desirable qualities, but is also expensive compared to most other alternatives.

Gradient lenses aren’t uniformly colored. The most common configuration for gradient lenses is to be really dark at the top and then gradually become lighter until it is almost or completely clear at the bottom. 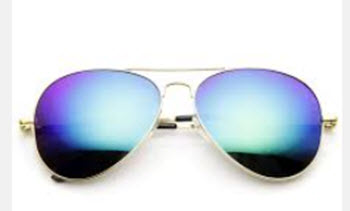 A mirrored lens has a metallic and partially reflective coating on the outer side of the lens. The lens itself needs to be tinted to provide a high degree of UV-protection – just using the metallic coating is not enough. This isn’t to say that the mirroring is useless. The mirrored lens protects the eyes from glare by reflecting the glare. On some lenses, the mirror coating decreases the amount of light passing through the lens by a whopping 60%.

Mirrored lenses are especially popular in situations where there is a lot of glare and it is important for the wearer to be able to clearly see contrasts really well, e.g. during off-piste skiing.

A mirrored lens is less likely to get warm in the sun, since so much of the sun’s rays are reflected away.

Polarized lenses doesn’t just reduce glare from light reflected from surfaces such as water – they will also reduce glare produced by polarized diffuse sky radiation (skylight). Polarized sunglasses were invented in the 1930s, when Edwin H. Land was experimenting with making lenses out of his patented Polaroid filter. 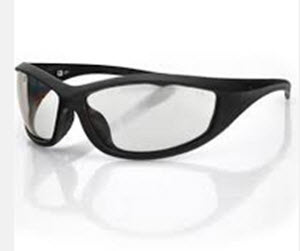 Photochromic lenses will darken when exposed to sufficient amounts of specific types of light. The photochromic lenses used in sunglasses will go dark when exposed to enough UV-radiation. When the exposure falls below the threshold, the lenses will turn clear again. This means that the wearer can move between indoor and outdoor environments without having to change glasses to accommodate for the varying light levels. The photochromic lens was developed in the 1960s by Roger Araujo at the Corning Glass Works Inc.

For a standard pair of photochromic sunglasses you can expect it to take approximately one minute for the lenses to go substantially dark when exposed to strong UV-light, and it will then continue to go even darker during the following 15 minutes or so if the UV-light continues to be strong. When the lens is changing back from dark to clear again the lens will be noticeably lighter after two minutes, and mostly clear after five minutes. Going back to completely clear will normally take a total of 15 minutes.

Photochromic lenses doesn’t have to be binary (all dark or all clear). Sunglasses that can exhibit a wide range of transmittances have a lot of benefits, since they will adapt more exactly to current light conditions.

Corrective glasses can be manufactured with tinted lenses, or you can have the lenses darkened after production. Both options will work well to get a pair of glasses that are both corrective glasses and sunglasses.

There are three major standards for sunglasses: the European standard, the USA standard and the Australian standard.

When it comes to transmission, this standard have five categories:

In the USA, sunglasses fall under the auspices of the Food and Drug Administration (FDA) and must adhere to the ANSI Z80.3-2001 standard. This standard includes three transmission categories. The lens must have a UVB (280 to 315 nm) transmittance of 1% or less and a UVA (315 to 380 nm) transmittance of no more than 0.3 times the visual light transmittance.

Australia is a pioneer within the field of sunglass rating and the first Australian national standard for sunglasses was introduced back in 1971. 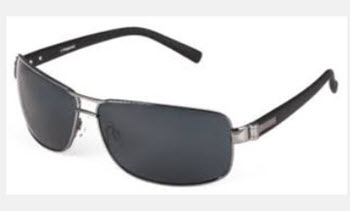 Sunglasses might feel like the epitome of modern life, but sunglasses or sungoggles have actually been worn since prehistoric times. The prehistoric peoples living in the Arctic did for instance use carved goggles to prevent snow blindness. These goggles did not have any glass lens and they did not reduce the intensity of the sunlight reaching the eye. Instead, they worked by reducing exposure to sunlight since they only had a small hole or slit for the wearer to look out through. They actually also improved visual acuity thanks to the pinhole effect. In the Inuktitut language, these anti-snowblind devices are called ilggaak. Walrus ivory, caribou antler, bone, driftwood and seashore grass are all examples of materials that could be used to make ilggaaks. The material is carved to fit tightly against the wearers face, and one or more horizontal openings are carved out in the front. A pair of ilggaaks should be worn so tight against the face that sunlight will only reach the eyes through these carved front openings. Soot can be applied to the inside to decrease glare.

The Shutter Shades that became trendy in the 1980s (and then again in the 2010s) are actually a bit similar to the prehistoric ilggaaks. Shutter Shades have parallel, horizontal shutters. Just like ilggaaks, Shutter Shades don’t filter light – they just reduce how much light that will reach the eye.

Filtering glasses made from smoky quartz has been used in China since at least the 12th century A.D. Judges in Chinese courts were using smoky quartz glasses not to protect their eyes from the sun but to hide their own facial expressions when questioning witnesses.

In Europe, various experimental tinted eyeglasses were constructed as medical devices from the 18th century and onwards, but it wasn’t until the 20th century that using sunglasses without any underlying medical condition began to catch on.

In the late 1920s, Foster Grant – a U.S. company making combs out of celluloid – were facing a huge problem. Short hair had become trendy, and comb sales were plummeting. To avoid bankruptcy, Foster Grant started making sunglasses from celluloid. These celluloid sunglasses were very cheap compared to regular glasses and Foster Grant could sell them in large numbers to New Jersey beach goers.

Originally seen as a fad, the popularity of sunglasses grew rather than falter. An article in Life Magazine, published in 1938, claims that 20 million sunglasses had been sold in the U.S. the previous year.