In the yearly 2000s, night vision systems based on one or more thermographic cameras began to be offered as optional equipment for certain premium vehicles. One of the pioneers was Cadillac (General Motors) who had a night vision system from Raytheon as an option for their model year 2000 Cadillac Deville.

Fast forward to today, and it is not longer just the drivers of premium vehicles that are using thermographic camera systems to increase safety in low-light conditions.

An automotive night vision system doesn’t just come in handy during the night – it can literary be a life saver during the day as well if weather conditions, smoke, etc causes a sudden drop in visibility. With a thermographic camera system, the driver can see far beyond the reach of the vehicle’s headlights. 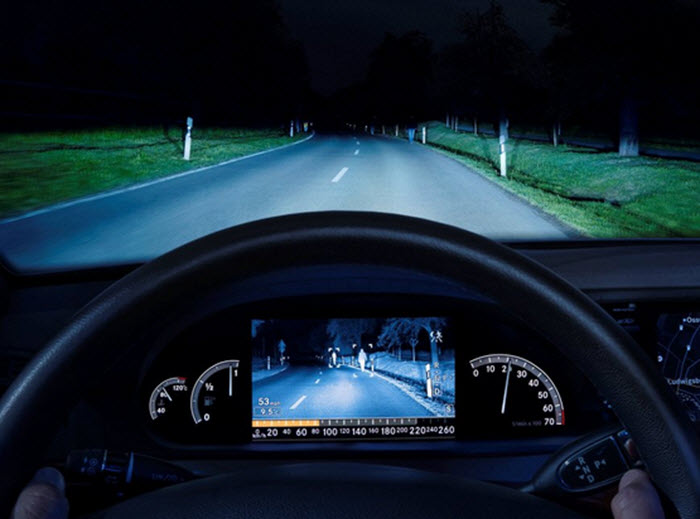 If it is a gated system, the cameras will be synchronized with a pulsed infrared light. This makes it possible for the system to “see” up to 250 meters in front of the car. With a none-gated system, the vision is typically limited to 150 – 200 meters.

In 2011, the Mercedes-Benz CL-Class (C216) became the first series production car with nigh vision-guided pedestrian spotlighting. This system detects pedestrians and flash the lights at them, to alert both them and the driver.

Passive automotive night vision systems do not light up the surroundings with infrared light (or any other light). Instead, they rely on a thermographic camera to detect thermal radiation in the environment. This makes them less prone to be “dazzled” by road lights, head lights, etc.

One of the most well-known passive systems is the BWM Night Vision, introduced in 2005 on the BMW 7 Series (E65). It has a range of 300 meters and is great for detecting animate objects. A dedicated pedestrian detection system was introduced in 2008, followed by a similar one for animal detection in 2013.

Which one is best? 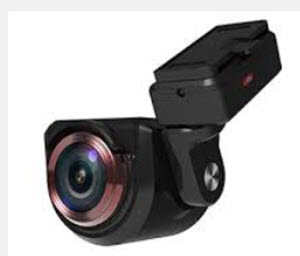 Several different display solutions have been developed. The three most commonly used in conjunction with automotive night vision systems are the heads-up windshield display, the information screen (automotive navigation system) and the digital dashboard.

The heads-up display attached to the windshield of the car is the oldest type. An advantage with this solution is that the display can be placed close to the driver’s normal line of sight.

The information screen (automotive navigation system) is a dashboard screen that can display a wealth of information, such as GPS maps, official traffic messages and private SMS messages. The thermal cameras can be connected to this system to make a separate windshield display redundant.

A digital dashboard (digital instrument panel / electronic instrument cluster) replaces the traditional analog dashboard. In addition to displaying digital versions of the mandatory gauges, it can display other information – including information from thermographic cameras. LCD-based instrument clusters have been around since the mid-2010s. One of the forerunners was the Audi TT (unveiled in 2014) with its virtual cockpit.