The human eye has no tapetum lucidum and our ability to see in low-light conditions is poor compared to nocturnal animals like cats and lemurs, and deep sea animals such as the ghost sharks. The tapetum lucidum is a layer of tissue behind the retina that will reflect visible light back through the retina and thereby increase the light received by the photoreceptors.

Most technologies developed for low-light aid belong to one of these three broad categories: image intensifiers, active illuminators and thermal imaging. 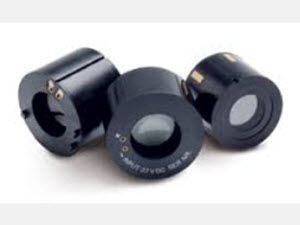 An image intensifier tube is a vacuum-tube based device capable of increasing the intensity of light in an optical system. Night vision goggles and low-light cameras often rely on this technology. Photons of light are converted into electrons, the electrons are amplified (typically with a microchannel plate) and the amplified electrons are then converted back into photons. Through this process, light of various wavelengths are converted into light at a single wavelength.

One of the most well-known products within this category is the security camera that combines imaging intensification technology with an active source of illumination in the near infrared (NIR) or shortwave infrared (SWIR) band. Typically, such a camera will use infrared illumination of the spectral range 700–1,000 nm (just below the visible spectrum of the human eye) in combination with charge-coupled device cameras that are sensitive to this particular light. The result is displayed on a screen.

These security cameras are popular since the person looking at the screen will be able to see what’s going on in an environment that is perceived as unlit by people who are actually in that environment.

Compared to other night-vision technologies, the ones that include active illuminations are famous for producing a higher resolution. A downside is that even though the emitted light isn’t detectable for the naked human eye, it will be noticed by someone wearing night-vision goggles. Therefore, it is generally avoided in sensitive situations such as military operations where detection is undesired. 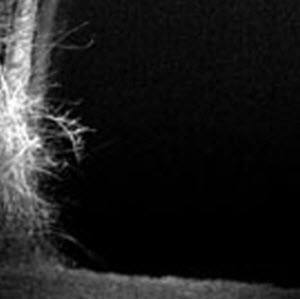 This is a type of active illumination night vision technology where a high powered pulsed light source is utilized. A key advantage compared to thermal imaging is the ability to carry out detailed target recognition rather than just detection.

Single shot: The detector uses a single light pulse to form the image.

Multi-shot: The detector integrates light pulses from multiple shots to form the image.

Thermal imaging cameras detect differences in temperature. They can for instance detect a moose in the forest by noticing the body heat emerging from the mammal.

Unless conditions are extreme, thermal imaging cameras will function even when the surveyed environment is foggy, rainy, smoky, etc. (Provided of course that those conditions do not lead to an elimination of temperature differences.)