Ireland and Irish culture is an extremely popular theme for slot machines and NextGen enjoyed great success with their Irish Eyes slot. It is therefore not surprising that they created a sequel – a game simply called Irish Eyes 2. It is also not surprising that Irish Eyes 2 has its reels adorned with symbols such as the leprechaun´s green hat, his pipe, a four-leaf clover, a pot of gold, and a golden ring. The main character is a beautiful Irish woman with beautiful eyes and flaming red hair.

The game is set in lush woodland. We suggest you play with the sound on because the music boosts the gaming experience.

The main special feature of this game is the free spins round, where a 3x win multiplier is applied to all coin wins. 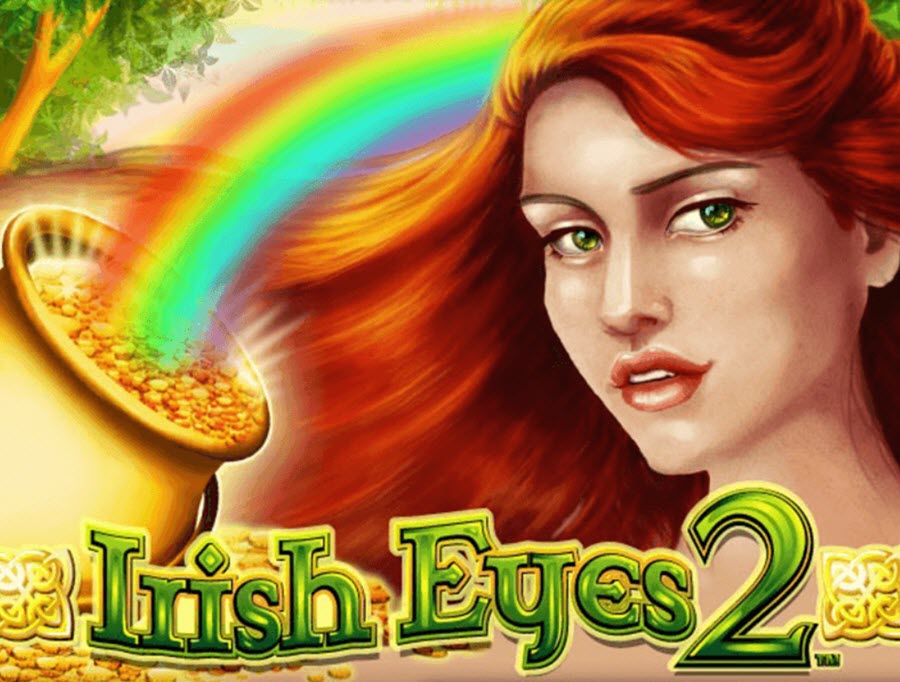 There are plenty of casinos where you can play Irish Eyes 2. NextGen is a popular developer and you can find NextGen games in a lot of different online casinos. One of the best casinos where you can play Irish Eyes is Hajper Casino.  Hajper is a good casino available in a number of different languages.  Hajper casino is well run and features very good support.  The casino feature a large selection of different games from different developers.  The hajper bonus is generous but there are other casinos that offer larger bonuses of you are looking for the biggest possible casino bonus.  Hajper is a good option but there are many other good casinos with games from NextGen such as Casumo Casino, Ahti Casino and Voodoo dreams casino.

The Irish woman with the red hair is a wild symbol. She can substitute for any of the regular symbols, but not for the scatter symbol.

Even on her own, she can pay you money. Getting just one red-headed woman can give you a coin.

Having five red-heads lining up correctly on an active payline pays 5,000 coins.

The leprechaun´s pot filled with golden coins is a scatter symbol in this game, which means that it doesn´t have to line up properly and on an active payline to count.

Depending on how many scatters you get, you will be awarded between 2 times and 100 times your total bet.

The pot is also your key to the free spins-round. 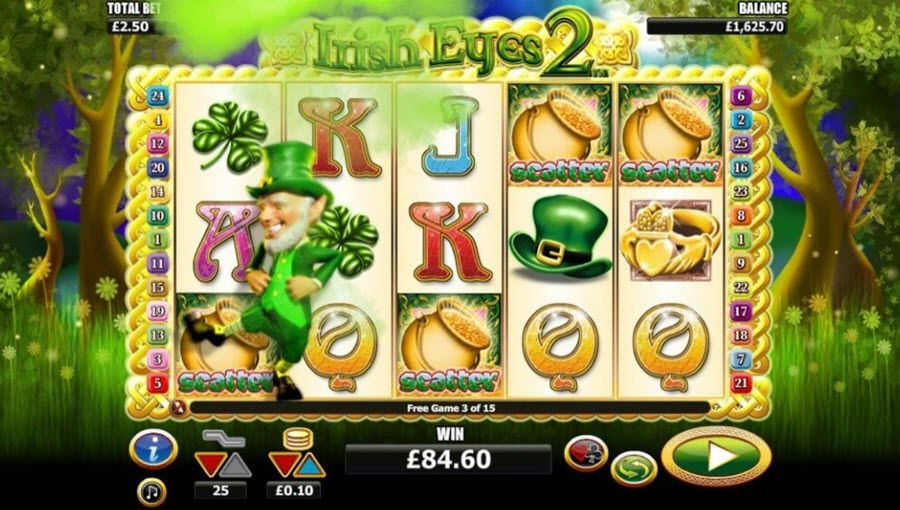 The free spins round consists of up to 20 free spins and a 3x win multiplier is applied to all coin wins.

If you like slots with an Irish theme, we suggest you also try out the following games: